GEM’s services include a variety of activities which provide opportunity for personal growth, pro-social engagement, and relationship building; as well as positive connections to staff, peers, partners and women of significance in the community.

The following are the different activities in which GEM’s youth participate:

Weekly group occurring on Tuesday evenings from 4:00pm - 6:00pm. Group includes a combination of Savvy Sister Curriculum with related activities and speakers. Girls are required to attend either 6 or 12 weeks of group.

Community engagement opportunities for the youth. These activities may include volunteering, conferences, or forums.

Guest speakers share with the girls their life history and struggles and how they became successful today. These speakers will be women in the community whom have been defined as excellent in their work, volunteer commitments, and personal life. These women can speak about issues they may have faced growing up to include; trauma or abuse, divorce of parents, bullying, academic struggles, etc that they can discuss how they overcame and became successful despite struggles that may have occurred during their life.

Opportunities for girls to participate in fun activities with staff support and guidance. These activities may include arts and crafts, game night, field trips, physical fitness, and documenteries.

GEM’s has received tremendous support from the community and external agencies. This support has made it possible for GEM’s to continue to expand its services and activities. A number of dedicated individuals and staff who have generously given their time, donations and expertise to team with GEM’s have made it possible to provide the girls and their families a variety of services as well as positive and healthy activities. We continue to accept support, volunteers and general ideas and suggestions to continuously grow and improve the future for GEM’s and our community.

What follows are highlights for some of the GEM’s activities this year.

Bowling - Thanks again to A Sporting Chance, GEM's participated in a 1 day bowling tournament.

GEM's paired the Jewels graduation with our Bi-Annual Girl Talk event, the theme for the event was Future Matters. Vendors related to education, military and career readiness attended, two speakers spoke a message of inspiration and hope to the girls, and the JEWELS ceremony was conducted to honor the girls for their hard work and dedication over the last few months. 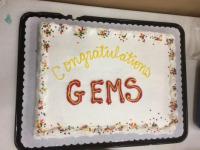 Thanks to our partner, I POUR LIFE, GEM's had the day of a lifetime. They were able to get their hair/makeup professionally done, went on a shopping trip, out to dinner, and lastly to a benefit concert for I POUR LIFE. During this day, GEM's were able to meet and hear from Alyson Stoner and Dez Duron words of wisdom and inspiration. 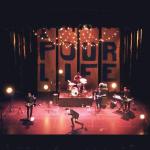 GEM's staff team participated in a SWOT (Strengths, Weaknesses, Opportunities and Threats) analysis. 21 GEM's staff set down together in a retreat form to discuss the future of GEM’s and vision plan on how to get there! 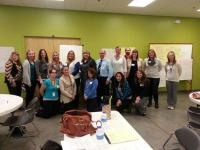 GEM's had their 2nd opportunity to participate in team sports through A Sporting Chance. GEM's worked hard to learn rules and expectations for volleyball and excelled during this season. 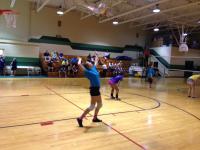 Thanks to James River Church, GEM's were able to attend a 3 day conference supporting and increasing their faith, spiritual awareness and hope in themselves. The theme of the event was "CELEBRATE." GEM's enjoyed dinner, music and great speakers. 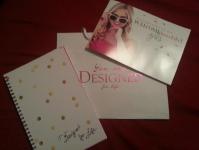 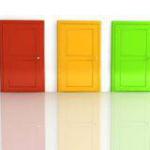 Their mission is Utilize the free services provided by On Angels' Wings to capture the fleeting moments you have when faced with the possibility of child loss. Engrave those moments in pictures -- and on your heart -- forever. GEM's hosted a table at their 1st Annual Making Memories Carnival. Our table created "pet rocks" for the children present at the event. 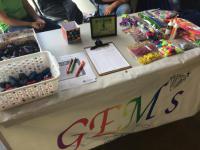 Their mission is thinking globally, acting locally to provide resources for children and their families. GEM's youth and staff volunteered and organized a storage area and did landscaping. 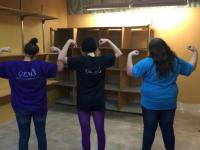 In collaboration with Greene County Juvenile Office’s RADAR (Responding Appropriately to Drug and Alcohol Referrals), we teamed up to host a Dodgeball tournament. There was a speaker present talking about her life and challenges presented to her due to substance use and how to overcome. 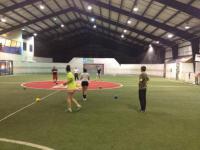 To honor and congratulate the hard work and dedication of our JEWELS group members. We provided dinner, summer fun activities and the JEWELS graduation ceremony. Our first 4 GEM's graduated on this date. 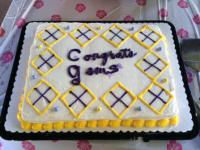 The mission of LifeHouse Crisis Maternity Home is to protect the unborn and their mothers in crisis situations by providing food, shelter, advocacy, and education in a safe and loving environment.

Thanks to the kindness and support from A Sporting Chance, GEM’s were able to participate in our first GEM's Sports activity. The girls came together, learned about softball, and had the ability to play on an organized team with their parents in the stand cheering! 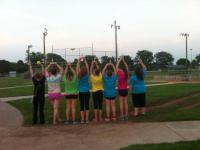 1st Annual GEM's Event! This event was a health and well-being conference for women of all ages. We had vendors with tables set up specific to women’s health, and speakers to talk about healthy relationships, women's health and preventative care, and street smarts. We also had "action" sessions to include yoga, and a visionary art project called "Dream Boards." 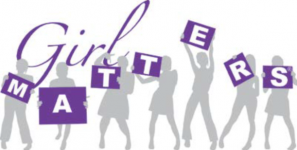 Girls on the Run 5k Volunteering
May 2014

Girls on the Run ® is a 501(c)3 positive youth development program which combines an interactive curriculum and running to inspire self-respect and healthy lifestyles in pre-teen girls. Our core curriculum addresses many aspects of girls’ development – their physical, emotional, mental and social well-being. Lessons provide girls with the tools to make positive decisions and to avoid risky adolescent behaviors.

Weekly group occurring on Tuesday evenings from 4:00pm - 6:00pm. Group includes a combination of Savvy Sister Curriculum with related activities and speakers. Girls are required to attend either 6 or 12 weeks of group.

GEM’S staff accompanied six girls to the MSU Women’s Leadership Conference. Suit Yourself Boutique provided the girls with two outfits and accessories to wear for the event and keep.

The Go Girl Run was specifically designed to celebrate women, health and fitness, and ultimately support several women centered charities in the area. The Go Girl Run is here to make a BIG difference and improve the lives of women. 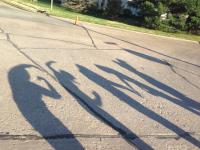 The video explores the under-representation of women in positions of power and influence in America, and challenges the media's limited portrayal of what it means to be a powerful woman. Check out the trailer here:

Beyond the duties and responsibilities of her probation officer job description, Jamie has been actively engaged and participated as the Webber's Committee Facilitator and most notably took the leadership initiative working with an internal and external team initiated, developed, and implemented Responding Appropriately to Drug Abuse Referrals (RADAR). The RADAR Team was recognized in October 2013 by the awarding of the Program Excellence Award by the Missouri Association of Counties at their Statewide Annual Meeting.

Jamie has expressed that she is ready to begin work with the GEM'S Team to develop a plan and strategy for GEM'S.